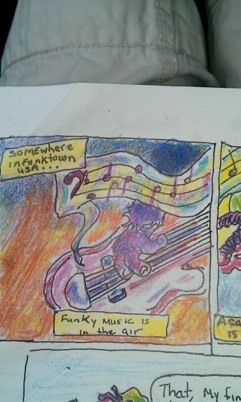 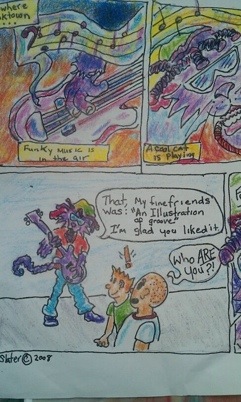 As an American with proud Norwegian roots! My heart goes out to Norway and her people in this time of tragedy! 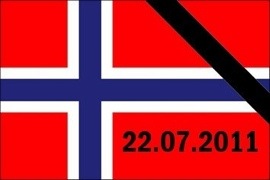 My grandfather was a respected Doctor in the Washington D.C. Area. He was the kind of man that could look at you for a moment and tell you what was wrong when no one else knew the answer. He was an inventor and a pilot, a tinkerer, and creative thinker…but to me, he was just “Pop Pop”. He was the head of our family. I respected him, feared him, and loved him. He was not a big man….but he had a presence that was palpable. He carried himself in some way that made you notice him and seek him out for answers. He dressed everyday for respect; Black slacks, a collard shirt that buttoned or zipped up the front, or a tie if he wore a jacket. He always carried a handkerchief in a pocket along with a pocket watch on a silver chain clipped to his belt. He wore Black leather dress shoes with a rubber sole. He was always clean shaven except for an infrequent slight mustache that gave him an Erol Flynn air when he chose to wear it. He commanded the respect of older days. To me he was a combination of John Wayne and Santa Clause. With Pop Pop around anything was possible….he made magic happen…
I always knew when he was near….the smell of his pipe gave him away. To this day, if I smell a pipe with Borkum Riff or Captain Black tobacco I instinctively look for him. I love that smell. He died in 2001 at the age of 80.

A few months later as my mother and I were cleaning out his house and going through his things my mother called to me from another room…Arnie, come here she said in a hushed voice.
As I found her in the closet of a room off of the basement she stood there clutching. Something
In her arms. Look, she said: and she handed me a can of Borkum Riff tobacco…open it she said.
I twisted the lid off and the sweet aroma of Pop Pops tobacco filled the small room…look inside my mother said and smiled at me….nesting in the pile of shredded tobacco was my grandfathers favorite pipe. I smiled at my mother and started to cry…..something so simple, like a tap on the shoulder….my grandfather’s pipe….I sat down with that can with his pipe in it and cried for an hour. I guess I had been looking through my grandfather’s things for something without knowing what I was really looking for….until I found it….some piece of my grandfather that meant something to me that I could keep. His pipe. It rests in a special place in a cabinet in my house. I look at it often. If I open the cabinet the pipe aroma still lingers and makes me smile….Pop Pop.

Posted on April 15, 2011 by slaterock1
Posted in Uncategorized | Leave a comment

Did you ever have a day…

Have you ever had a day where you are bombarded by random thoughts that stir up memories from the past? It happened to me just the other day. In the middle of dictating a test to a bunch of students I was struck with an image from a long time ago…

It was a frigid Christmas Eve evening; dark and cold. I was young,maybe five or six. My family had gone out somewhere together to pass the evening before Christmas. We were on our way home and I remember laying down in the back of my grandfather’s big, beautiful, black, Buick Riviera. It had black leather interior. It was HUGE! I was not, so it was easy for me to stretch and look out of the car door window and up at the cold night sky as the bright full moon seemed to be following me home…on a cold Christmas Eve…The black leather of the seat under my head was cold. I could see my breath in the air by the moonlight in the car before the heat from the heat vents reached the backseat. I just lay there watching the moon chase me in my “Pop,Pop’s” car on A cold Christmas Eve…and I fell asleep.

Now I have no idea why that image would pop into my head in the middle of a test in April almost forty years later…but there it was. the image is so strong that it has not left me yet…So I had to write it down…I could probably draw the image of the moon floating by the car door window…Do you think it’s possible to capture the warmth within that frigid evening? The contrasts it presents is an interesting thought! shoot! I can almost smell my grandfathers pipe too!

This is the begining of my new blog where I post my writings,rantings and thoughts! and hopefully you will post your rants about my writings! Good or bad- but, please- be constructive in any criticisms…not destructive.